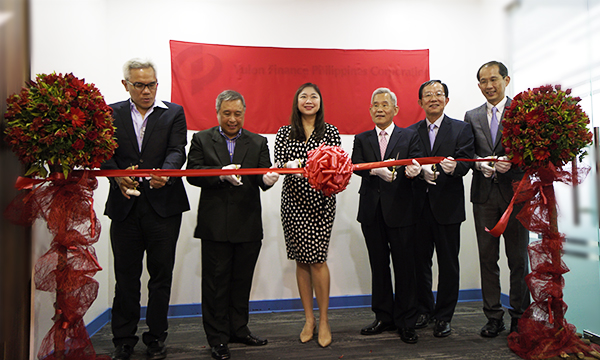 Published in MANILA BULLETIN on September 2, 2018 / By Bernie Cahiles-Magkilat

Yulon Group, one of Taiwan’s leading conglomerates is investing an initial $50 million in the Philippines in what could be the country’s first independent car financing company as it anticipates strong potential for efficient car financing amid a robust car market.


YFP President Steven Hu said the Taiwanese firm has brought in $50 million initially for their first year for its car financing business. The funds shall be augmented later by Taiwanese banks in the country to reach a total portfolio of P5 billion in the next three to five years.


According to Hu, what YFP can offer is efficiency in its financing system. This means faster release of units from the current five days from submission of complete documents to within the day.


"We are targeting same day release," he said adding that they can do this with the help of the Smart phone app that will provide real time information. They can also send their field workers to check on the buyer’s capacity.


With efficient loan approval, Hu expects to provide more volume to its dealers that will translate to higher margins that can also be passed on to consumers.


For this year, Hu said they are looking at providing financing to 300 to 500 cars.


At present, they have partnered with more than 30 car dealers including Lica Auto Group and Auto Hub, which are multi-car brand dealers, focusing in Metro Manila initially. But next year, the company expects to have nationwide presence.


Hu also stressed that they are still small compared to the financing giants in the market, referring to the banks.


"Frankly, we are still small compared to the banks, but banks have various businesses and products. So there is a need to manage their portfolio of products, and car financing is just one of their products," he said.


"We are focused on cars alone," he said.


According to Hu, they have decided to enter into the Philippines because it offers the best environment for car financing.


While the car industry is on a downturn, posting more than 14 percent decline in sales year to date, Hu believes this is just temporary.


Sales have been affected by the imposition of higher excise tax on cars starting January last year. Still, car sales last year went up by 18 percent or roughly 500,000 units.


Hu further said that its parent firm TAC was amenable to expanding its financing services once they become stable.


TAC, which was founded in Taiwan in 1990, offers other financial services aside from auto loans to include leasing, corporation finance, and used-car sale intermediation in Taiwan and mainland China.


"Truck leasing is next step because of the many construction projects and the growing need for logistics companies," he added.


Hu cited the government’s move of allowing the entry of 100 percent foreign-owned banks and finance companies in the local market as incentives for investing in the Philippines.